“Exposing your Customer’s Privacy” The Philosophy of Social Video.

Ariel Garcia is a contributor to Punto Magazine. He is currently working on a project,  a thesis which proposes (and inaugurates) a new branch of philosophy: “The Philosophy of Social Video” .

” In my approach, the Philosophy of Social Video is conceived as “a system which studies how filmmakers create” social video, therefore deepening not only the context by exercising his work, but also the ultimate purpose of the final art work he composes”. 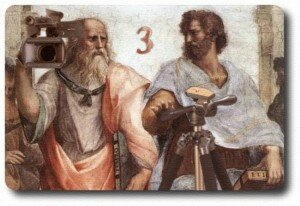 “Exposing the Customer’s Privacy” The Philosophy of Social Video.

On this occasion I will discuss a common practice among Videographers. An  act which they have extended to use on the world wide web; and a custom which, in my opinion, presents a dilemma:

“Do we act in accordance with professional ethics when, on some of the spaces provided  on the Internet, we disclose without reserve, videos which  we have created for our customers?”

Those of us in this profession know that the images and sounds collected at certain events include episodes of the private lives of people. So then, what c leads us to remove them from an almost reserved space and place them in public areas of cyberspace ? Could it be temptations of a commercial nature ?, or maybe hopes of winning new customers while exposing the privacy of others? Or on the countless forums for videographers and social network groups, is it out of the need to raise our prestige within the tribe to be accepted or recognized as one of its members, to become shamans known for our wisdom? Or simply to flaunt , acquisitions and achievements?  Do we brag  or do we crave approval ?, recognition ?, or applause? … I have no certainties or all the answers, maybe none of the written is admissible, maybe all, maybe just dissimilar combinations all in line with each of our personalities.

I will not abandon the paragraph without leaving a small space for the noblest of acts, because for some friends, neither ego nor vanity will be boosted by such things, but rather a genuine desire to help benefit the clan, which includes me; in such a case.  Are altruistic arguments sufficient to justify the indiscretion? And what  if it were not indiscreet, but a kind of thoughtless act without deliberation?

Some time ago, alongside other friends, I lived the experience that would bring me one possible conclusion to this dilemma: What if the stimulus governing the tendency to disseminate videos we have made for our customers,  constitutes an unusual ownership principle?

Before a group of colleagues (coffee bar table between us ) a videographer states that a video produced on behalf of a customer “is ours” we do not need their permission “to use it” and other nonsense like that. As I listen, I realize he is not the only one who takes this stance. To some, this seems logical and even support it, while some do not. The debate begins to raise our tone, with intention the discussion continues. I, aware that I usually shift to an extreme in the game of comparisons, argue that I would not allow the architect who designed my house to use the bathroom, nor the mason who built it; It would also be unlikely that any of them would think of jumping over the wall if they came by and had the necessity.

There are no exact comparisons, which is why some will think it is not feasible to relate the construction of a bathroom with one of a video created, and this, in some way, may be true or disputable. Let me make  clear, that pattern alludes the concept of intimacy and belonging.   In my view, the client is the sole owner of the work we carried out, for which they have paid the amount stipulated by us; even exposing part of it in our studio might be understandable for most (not all) but from there, to even think that the footage belong to us is  over the wall.”

For those looking to be called artists I leave you another question. With the immense  intellectual distances, among others, and while  pursuing the same concepts: Was Leonardo da Vinci  the owner of the works people asked him to create for them, or only of his genius, or the design and the tools with which he used to create them?

Regardless of the approaches given in this article, which has me as its author, I am a Videographer, so I feel obliged to admit that I have also placed many of my clients videos on the Internet, and it is true that generally I have the consent of my customer to post them, I do not approve of it, nor do I escape criticism. When I realized that my behavior was not correct, I simply stopped doing it.

While my writing seeks to become a striker pin for reflection, it would not be fair to conclude this without expressing my position with respect to this  issue. At present, except in special circumstances, didactic or illustrative, the work I do seldom crosses the door of my office.  I pretty much just  show my work  to the interested people in my office or studio. If a teammate were to ask me what is the difference between showing my work for example, on a Facebook group (where I do not display ) and my studio, or a workshop for Videographers (which yes, I do with reservations) I would respond that they are innumerable, although I could summarize by stating that I do not share the idea of a massive, uncontrolled dissemination of a  a work which hardly pertains to me, since most of my videos which I work on pertain  my  clients.

Once again, I wanted to make all of you a part of my thoughts. I believe that the direction and purpose of the text are clear to the reader, although I’m not leaving without reminding a few of my Videographer friends, that the aim of this article is not to preach to the filmmakers who exhibit their Videos on the Internet; friends who do, will not cease to be people worthy of my trust and respect.

As I said in the first part of this project, the series of writings of “ThePhilosophy of Social Video”, reflect on the role of the audiovisual producer by way of the social scene and examines the various range of facts and circumstances with which one encounters while performing the tasks. In my view, clear and concrete answers to certain questions will help us to recognize and refresh our mission while getting us closer to the true extent of our role, without underestimating nor mythicizing it. The writtings which comprise this project,  “The  Philosophy of Social Video”, constitute a mass of open inter exchange of thoughts. I welcome your opinion and your thoughts.

(tranlsated from Spanish to English)